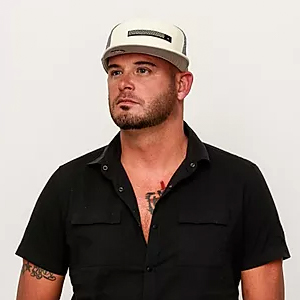 Download Brochure
TOM COVERLY known as ‘THE ILLUSIONIST’, is a professional comedian, illusionist and motivational speaker.
Tom has performed for millions around the world headlining several tours. He is one of the most requested motivational entertainers in the nation.Tom has been seen on TV and heard on numerous radio stations around the country sharing his story. He has entertained several celebrities, Jep & Jessica Robinson from the hit TV show, “Duck Dysnasty”, Rick The Reptile Guy (A&E TV Show “Wild Transport”), Amber Montana (Nickelodeon TV show “Haunted Hathaways”), Victoria Koloff (Lifetime TV show, “Preachers’ Daughters”), i-Shine TV & entertained the entire cast and producers for the “Batman Vs. Superman” Movie.  Tom has performed for major corporations like; Warner Brothers, Gerber, Amway, Sprint, Arby’s & Burger King just to name a few. He has shared the stage with many of the nations most recognized music acts; Skillet, Brian “Head” of Korn, Toby Mac, Thompson Square (multi-plantinum selling artist), NF, Lacrae, SwitchFoot, Danny Gokey (American Idol), Newsboys, Pop Evil and many more!
​
Tom was born in one of the roughest cities in America … Camden, New Jersey. Tom was a smaller kid growing up which made him vulnerable to school bullying. Tom’s personal story includes his past choices to fight, steal, attempts to end his life, destructive behavior, drinking and the consequences of each of his actions. Tom’s life choices seemed to be heading down the wrong path until a caring person spoke positive truth into his life. ​Tom’s life now has a purpose. His story relates to young people in a way that breaks down the toughest of hearts.  Tom has been speaking to teenagers for over 20 years.  He is known as one of the most raw, real & relevant youth speakers today!
WHAT DOES A DESTROY ILLUSIONS ASSEMBLY LOOK LIKE
Tom Coverly gains students attention the moment he walks on stage. The first 15 minutes of every assembly he uses magic tricks, comedy and audience participation as a way to capture attention like you have never seen before.  The remains 30-45 minutes is a heart to heart talk using powerful stories and life-changing challenges.  This assembly is captivating, emotional, powerful and goes beyond the four walls of the school. It changes and impacts lives long after the assembly is over.  Many teachers & principals have claimed these words, “Tom captured their attention in such an unbelievable way.  You could hear a pin drop as they listened to him.”His humor is 100% clean. No foul language.  He caters the style of his talk to the age audience he is speaking to. For more information, go to www.Destroyillusions.com.
https://www.youtube.com/watch?v=QU7cu-0Bo0Q&t=10s