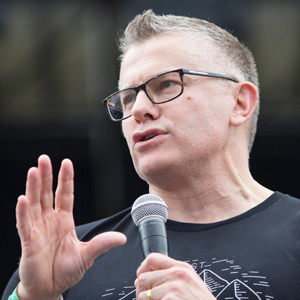 Download Brochure
Phill grew up in some of the harder areas of South Australia and soon learnt that nothing hits harder than life. With so many reasons to “not make it in life” Phill decided there had to be more. With a lot of hard work and determination Phill excelled in sport and had to work harder than most to achieve academically but achieved high results.

For Phill the opportunities to move into high level sport were there but some tough choices saw Phill chase his dream of helping young people. It didn’t take long before opportunities arose that enabled Phill to work with local government, councils, youth organisations and schools to develop programs that have made a difference. Along with building teams to facilitate smaller youth programs including weekly mentoring (for both underachievers and high achievers), health and well being programmes run at schools, Phill has been responsible for larger scale events impacting 2,500 local teenagers to 12,000 teenagers from across the state.

Phill currently works as a personal trainer, mentor, consultant and speaker to help bring out the best in young people and dare them to “DREAM BIG” despite what obstacles might stand in the way. Recently Phill started an organisation that exists to serve his local community, old and young alike to offer assistance in areas of need. This has included uniting other organisations for the benefit of those people.

Phill Brake is a unique blend of physiotherapist, personal trainer, motivational speaker and youth worker. He has spoken across Australia in high schools, for government and council forums on youth issues, conferences and leadership development programs. Phill has also presented in Malaysia, Singapore, Indonesia, Thailand and within the United States. He is Australian and his style reflects that with a blend of humour, life stories and challenging principles that resonate with students and staff alike.

Phill has a passion to see young people discover, develop and succeed in the unique potential that lies within all of them. Life is a journey and a process and choice not chance determines our destiny. His book titled d.V.d (decisions.VALUES. destiny) has been used in public and private schools across Australia. The book deals with decisions being pivotal to our destiny BUT digs deeper into WHY we make the decisions we do that impact our future so much.