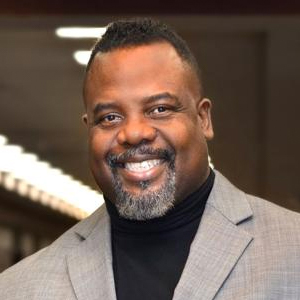 Lee Rouson was born in Elizabeth City, North Carolina and currently lives in Flanders, New Jersey. Lee is a former running back in the NFL for the New York Giants. He was the NFL Special Teams Player of the Year in 1986. He played a significant role in the Giants 39-20 win in Super Bowl XXI. Lee attended the University of Colorado and was awarded Freshman All Big Eight, All Big Eight Honorable Mention, and Blue/Grey All Star Classic. Lee was traded to the Cleveland Browns, where he earned the starting running back position. After suffering a severe ankle injury, Rouson decided to retire, having played seven years in the NFL.

Lee is the Commissioner of the Institute for Leadership, a non-profit organization dedicated to empowering our next generation of leaders. Lee is also working as a motivational speaker travelling to schools and churches around the country empowering others to become leaders, and motivating youth to overcome adversity.