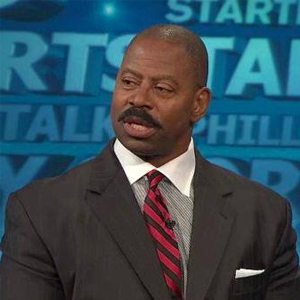 A 1975 graduate of Stamford (Connecticut) High School, Garry was a standout for the Black Knights in baseball, basketball, as well as football. Cobb was a linebacker at the University of Southern California where he played on two Rose Bowl Championship teams, one National Championship team and was selected All-Pac-10 in 1978. He graduated in 1979 with a Bachelor of Sciences degree in Sociology. After graduation, Cobb was offered contracts by the California Angels and Chicago Cubs baseball teams, but opted to play professional football instead.

Drafted in 1979 by the Detroit Lions, Cobb went on to play 11 years in the NFL with Detroit, the Philadelphia Eagles and the Dallas Cowboys. Since his retirement from football, Cobb has transitioned to being a television and radio personality in the Philadelphia area. He has earned the nickname “G Cobb”. His trademark expression has become “G Cobb in the House”. Since 1997 he has been a sports reporter with CBS 3’s Eyewitness News team. He also hosts his own weekend radio program on 610 WIP, and is a motivational speaker with The Youth Alliance.