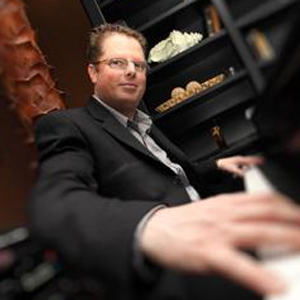 Darin MacDonald is a native of New Zealand, which is located in the South Pacific Ocean approximately 1300 miles south east of Australia. Darin grew up in the quaint art-deco town of Hawkes Bay before moving to New Zealand’s largest city, Auckland, to further his musical career.

Darin was fortunate to grow up in a musical family and began playing piano at age 5. He later began singing at the age of 13. Darin performed in various musicals during his school years. As an adult, Darin regularly performed throughout New Zealand and was featured on national television. In 2001, Darin accepted a job in Singapore before moving on to other positions in Osaka, Japan. Darin later worked for three years for Carnival Cruise Lines, entertaining passengers throughout the Caribbean. Darin now resides in Southern New Jersey and performs at various venues on the Jersey Shore and throughout the Northeast.

Darin is currently involved in promoting his self-titled album released in 2009 and is hoping to spend more time recording in a studio. Darin’s influences are wide ranging and include Elton John, Billy Joel, Damien Rice, Cold Play and James Taylor. Darin is happily married with three children.  Darin uses his musical talents in his presentations to empower youth to overcome adversity.